Not unlike Vancouver’s prime waterfront real estate, Stanley Park’s riparian or water’s edge zones are exclusive habitats for many wildlife species. Thanks to funding from HSBC Freshwater Initiatives in Stanley Park, SPES can support these shoreline habitats and wildlife in a variety of ways:

In the last month we have installed wood duck and swallow nest boxes around Beaver Lake and Lost Lagoon to support the nesting success and productivity of these freshwater-loving bird populations. We have also been measuring the water quality conditions of fresh water systems around the Park while conducting numerous amphibian egg mass surveys intended to inventory amphibian species relying on the freshwater ecosystems in the Park, and to gain some understanding of the condition of the water bodies they are using for breeding. This month also saw the kick-off of two new freshwater initiatives conducted at the Ceperly Creek and the Ceperly Creek outfall.  During an Eco Stewards event, volunteers helped restore and protect disturbed banks along Ceperly Creek using upcycled invasive plants. English ivy that had been removed from various locations in the Park was dried, woven and installed as netting to mitigate erosion and anchor new plantings along the creek bank, and invasive Himalayan blackberry shoots were used to construct wattle fencing that was installed at the newly restored site to protect it from trampling.

Farther along the creek, conservation volunteers have begun the process of removing Himalayan blackberry that is closing in on the outfall of the creek at its western extremity, which is a location that is popular with many duck pairs, including wood ducks. 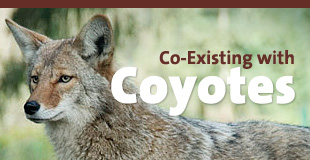 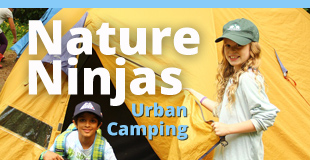